A suicidal seventeen-year-old schoolgirl and a suicidal ex-SAS officer, who is now a homeless tramp in his sixties, meet by pure accident while both intending to jump off a pier during a horrific storm. His instincts make him try to stop her being successful; even though she reveals the shocking reasons why she is there, including being slipped two date rape pills! After much arguing and him having to physically restrain her for quite some time, a compromise is reached that neither will do it! However, some clauses are introduced to ensure their contract remains intact. She will supply food for him daily if he becomes the subject of her school project about ‘Somebody Interesting!’ As he already resides on the rundown pier, it’s agreed that’s where they will meet. She warns him that if she arrives and he is not there she will assume he has jumped, and will jump herself! In time, she discovers he has a long lost daughter and he is officially dead according to the MOD. He was killed during an unsanctioned mission in Somalia forty years ago, meaning no pension for his widow. Amazingly he survived, and was held prisoner for ten years, until his escape. She decides to try to track his family down, and is herself receiving death threats as she is the key witness in a murder trial. They become very close friends, and when she is brutally attacked and her dog kidnapped he decides enough is enough and undertakes one last mission in vigilante mode, to rid the corrupt town of the gang of scum who are terrorising the vulnerable. He has cells of his own in the basement, and his interrogation methods are basic, but effective, with very quick results, as some henchmen of the gang leader discover!

Buy The Book To Read More! 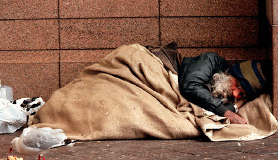